In 2014 and 2015, the team of WP2, consisting of landscape researchers and archaeologists from VU University Amsterdam and Leiden University in the Netherlands, the University of Uppsala in Sweden and the University of Tallinn in Estonia, developed a innovative protocol for understanding long-term changes in cultural landscapes, drawing on recent insights from geography, landscape archaeology, (historical) ecology, anthropology and information science. 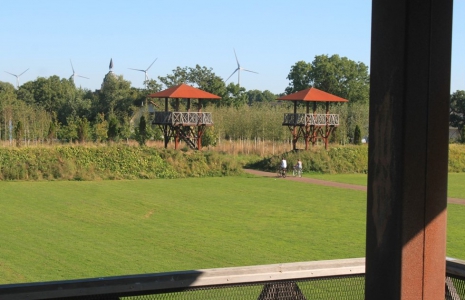 The protocol subsequently deals with the following topics and issues:

- An overview of the major concepts and approaches in archaeological and historical landscape research in both North America and Europe and the major issues raised in landscape history over the past decades. This overview also defines the necessity of developing an integrated approach to long-term changes in cultural landscapes.

- A set of premises for understanding long-term changes in cultural landscapes, as well as a number of operational principles for translating these premises to concrete starting points, procedures, methods and techniques in individual or comparative landscape projects. These premises and operational principles are based on the methodological buildings blocks of the protocol: historical ecology, landscape biography and complex systems theory.

Deliverable 2.3, which appeared in August of 2016, builds further on this approach by developing elaborate dynamic models for the analysis long-term landscape change using archaeology and geomorphological data and the landscape biography framework in two of HERCULES study sites: the river delta landscape of the Netherlands and the Uppland coastal landscape in the Central-eastern part of Sweden (De Kleijn et al. 2016). The models developed for the Dutch Lower Rhine Area cover the first millennium AD and focus on the impact of long-term changes in agricultural land use (including surplus production for the provisioning of the Roman army, c. 0-400 AD) on the location and surface cover of woodland, pasture, arable land and settlement. The project also highlights the long-term process of forest regeneration by reconstructing cycles of deforestation, initial woodland recovery (pasture-woodland, secondary forest) and reforestatation. The Uppland case concentrates on coastal dynamics, which is linked in the area to the ongoing geological process of uplifting during the Holocene, and corresponding shifts and changes in prehistoric land use systems.

Based on the protocol developed earlier in WP2.1, the resulting models demonstrate the high potential of environmental dynamic modelling frameworks to better understand past landscape processes. However, it also shows that it is highly complicated to simulate these environmental dynamics that took place in deep history. The main problems are the quality and detail of available data, and the uncertainties in assumptions made. Interpreting and using the modelling results must therefore be approached with care and requires additional research.The new modelling results can be seen as an illustration of the integrated approach to landscape history of HERCULES, which combines landscape biography (Kolen et al. (Eds.) 2015) and historical ecology (Crumley 2012, 2015). Additionally, Deliverable 2.3 shows the potential of HERCULES’s knowledge hub. It shows how the results of one of the modelling exercises can be interactively presented using Story telling GI tools. This does not only allow the research results to be published in a scientific transparent way, it also offers tooling to bridge the gap between land use and environmental modelling experts, heritage landscape experts and non-scientific stakeholders.

As most research within WP2 is devoted to long-term changes in economic land use, a team of WP2 researchers from the universities of Leiden and Tallinn also plans to deliver a comparative study of the relationships between landscape change and religious transformations (Kolen, Karro, Veldi and Palang in prep.). This study will focus on the time period between c. 800 and 1700 AD in two of HERCULES’ case study regions: The Netherlands (Drenthe) and South-eastern Estonia (Vooremaa and Kodavere). The study shows that religious transformations periodically induced long-term changes in the landscape as well, and that economic land use practices and social changes –even when dominant drivers of landscape change- may be better understood when taking the cultural and religious context of land use into account.

WP2 will be rounded off in the near future with a more general assessment of the benefits of the integrated long-term perspective developed within WP2 for the future preservation, use and redesign of landscapes with valuable cultural heritage. The approach will be furthermore linked to the so-called “Long Now Project”: the fostering of long-term thinking and responsibility in order to inspire, educate and challenge our concepts of the future. These issues will be dealt with in a separate article by the whole WP2 team.