What causes rural land use change in Europe? 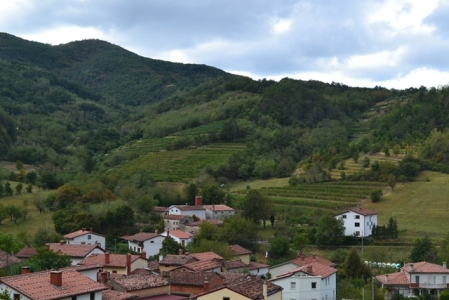 The review revealed a wide range of drivers causing these changes, including economic, demographic, sociocultural, technological, institutional and location factors. Moreover, the review found that farmers were very important as moderators between these drivers and observed land use changes. In most cases, changes were not caused by one single driver, but by a combination of several of these drivers and specific types of farmers. Typical combinations of drivers were identified in relation to three major land change trajectories: globalization of agricultural markets, the transition from a rural to an urban society, and the shift to post-socialism in central and eastern Europe.

Having spent some time in Bulgaria and Romania I see first hand how societies and the landscapes they created are slowly fading away to history. So many villages in rural areas are seeing the young leave for a different or "better" lifestyle choice, while the older generations remain but for how long? So much knowledge, and skill being slowly lost, and landscapes either swallowed by big agri business and land speculation or if were lucky a re wilding of huge swathes as we see in the old pasture abandoned at the end of the soviet era. Lets hope its the latter, but I doubt it, or better still find a way to keep these rural communities together, no mean feat.