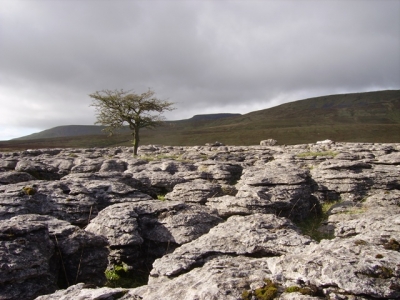 The older system, and much the more powerful, based upon the World Heritage Convention later adopted Cultural Landscapes within its purview and this has become an immensely successful world-wide branding system, closely linked to international tourism. It had a clear idea of the nature of cultural landscapes. At least four different concepts of landscape can be disentangled there: one stemmed from garden history, where a landscape was a large designed landscape; another came from historical geography and archaeology via such names as Hoskins, to be a palimpsest of the past, judged on its historical transparency; a third came from art history and could be a picture on a wall, or a film; and a fourth came from ecology and defined by scale of ecosystem.

This was fairly confusing, but one has to add a couple of riders also. First the idea of culture embedded here was the Artistic one rather than the Anthropological one, so a cultural landscape is NOT any place which people have altered, but specific places which demonstrate the highest achievements of human beings … almost always the rich and powerful. It is a very top-down system, driven by governments, with disciplinary expert advice and underpinning world tourism. Its primary tool is designation, which immediately implies undesignated areas.

The ELC definition, ‘An area, as perceived by people, which comprises natural and cultural elements’ has to be seen against that context, and its radically different approach is often not appreciated. In producing a common definition across disciplines and across languages, we all have to learn to lose certain baggage. It is quite a challenge, but it is worthwhile.

Most obviously the ELC does not refer to Cultural Landscapes, because the opposite, Natural Landscapes, do not exist in Europe. It therefore assumes throughout an anthropological definition of culture, not one hijacked by the High Arts. So all places are cultural landscapes, however ‘ordinary’. It applies to the entire territory and even the sea.

Landscape is an area, so it has a real territorial extent. So I can no longer consider paintings and photographs or films in themselves as landscapes, however much they add to an understanding of perception.

Landscape is dependent on human perception. Without humans there may be land but there can be no landscape. The two are absolutely not the same thing. And if it is dependent on human perception, presumably the number of humans that perceive it and the depth of their attachment to it must be very significant elements in deciding the relative importance of landscapes. Clearly therefore suburbia, where the population largely lives, is much more significant than the wastes of Dartmoor which only a few people perceive. That really does challenge our attitudes.

There is no reason to assume that perception is only or mainly visual. The French concept of Terroir fits well within ‘landscape’; some places appeal through the ears and some through the nose. These perceptions can change dramatically over time. When did ‘dreary marshes’ become ‘precious wetlands’?

No suggestion is given of the size of this area, so landscape as a scale is not possible, indeed landscapes of many different scales fit within other landscapes as Russian dolls. The concept of ‘landscape scale’ disappears. It may be as small as my garden.

ELC comes from the same stable as the Human Rights Convention. It is a very democratic convention so the people referred to are all people. The convention assumes that the attachment of people to the places they live, work and play is very deep. So landscape, unlike land, cannot be owned. Inevitably therefore the ELC assumes rights to landscape, and so to access to landscape.

This emphasis on ‘ordinary landscapes’ underlines the conflict now between designated and undesignated landscapes. So in UK for example, unpopular landscape interventions, such as wind-turbines, are directed away from designated National Parks and AONBs (largely colonised by the wealthy) towards the Ordinary Landscapes of Ordinary People. No wonder ordinary people object to designation putting themselves under control by experts.

At the end of May the people of Europe will go to the polls, and very many people, not all of them in the UK will vote for nationalist parties opposed to the European project. People throughout Europe are revolting against top-down government, and feel that the EU supports the powerful. If this is to be reversed then Hercules needs to try to give people support to care for their own places. This must mean siding with the poor little weak ELC against ‘those who know best’.